The vision of Peachtree Hills Place is to provide amenity-rich, independent living for discerning adults in a life plan community, born out of the personal experiences of the family of Ed and Julia Isakson after their difficult search for a community that would provide an active lifestyle combined with on-site health care. 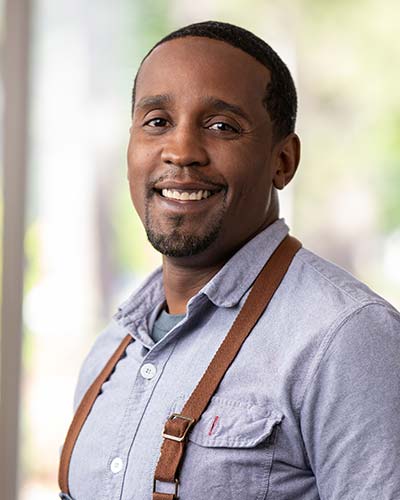 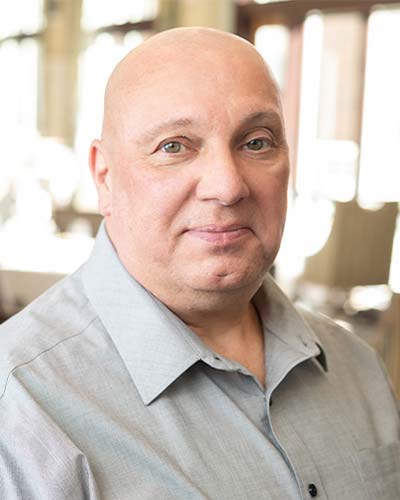 Rick Burkholder joins our Culinary Services Team with over 35 years of restaurant experience. His career has spanned across the East Coast, from his hometown in Pennsylvania, traveling to South Carolina and then settling down in Atlanta where he has spent his last 20 years. Rick has developed an unparalleled level of hospitality which is evident through his interactions with guests, and also observed through his training and development process with associates.
Rick’s first notable opportunity took him to the Kiawah Island Resort, where he worked at the Jasmine Porch for approximately 10 years. Rick was introduced to amazing guests and colleagues and formed lasting relationships he still cherishes today. After many years on Kiawah, and a turn of events, Rick’s personal life brought him to Atlanta where he reconnected with a former manager that offered him a position should his path ever lead him to this city. He began working under Atlanta restaurateur Steve Simon at South City Kitchen in Midtown. He spent time there, with continued education in his trade, and
then transitioned to an opportunity at Mumbo Jumbo. The restaurant closed after 3 years, and his next venture brought him to Peachtree Hills, where he worked at Phillipe’s Bistro, and then as the restaurant changed hands, working at Paul’s, under Chef Paul Albrecht.
Rick continued his time at Paul’s for the next 10 years where he worked closely alongside our Culinary Services Director, Amanda Dumich. Rick considers Amanda and the community from Paul’s Restaurant as extended family. Rick has now come full circle back to the Peachtree Hills Place community, and he feels a true sense of returning home. He looks forward to this new path and developing meaning repours with his colleagues and our members.
Rick credits two very special people in his life for molding him as the individual he is today; his mother and grandmother, with whom he learned gratitude and patience. In Rick’s free time he enjoys cooking his grandmother’s recipes, going to theaters and movies and also dining out at the wonderful restaurants in Atlanta. He is quoted saying “life is like a great book- many paragraphs, chapters and most of all a strong hard cover”. 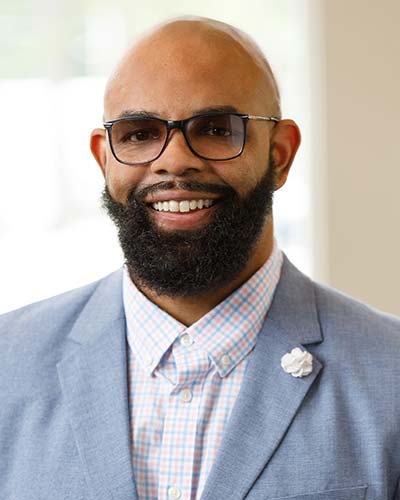 David is our fitness center manager and also is a certified personal trainer.  David holds a Bachelor’s of Science degree in exercise science and a Master’s of Science degree in sports management.   He’s been committed to health and wellness his entire life.   It’s his passion.   In 2009, he developed his fitness philosophy.  He believes in focusing on the continual evolution of physical health in the human body while it ages, while empowering adults with knowledge, skills, support, guidance, and resources.David’s most recent job was with the City of Anniston Aquatics and Fitness Center.  He ran the “Senior Sneakers” program, coached basketball for 6-14 year olds, and implemented therapeutic programming for seniors.  He spent 18 years with the City of Anniston.  When we interviewed David for our position, we asked him what makes his heart sing and what would pull him away from his current job.  He told us that he gets great satisfaction and joy from coaching and supporting someone to achieve their fitness goals in a caring, fun, and energetic atmosphere. And, that he has always wanted to run his own center.

A little bit about David.  He grew up in Lawrenceville as one of three siblings – the middle child - and his Mother’s favorite. She describes him as “humble, patient, and compassionate”. David says he learned a lot from his older brother and from having to take care of his youngest sister.  He went to school at Jacksonville State University to play football where he was a 3- year starter.  In his senior year at college, his wife became pregnant with their son.  It was a pivotal moment as David had to decide if he was going to be a family man or continue his football career.  He quit football his senior year to take care of his wife and son.   His coach supported his decision to leave football while continuing his academics and graduating with a degree.  David has been married for 21 years to his lovely wife, Quatrina.  They have two children – Derek and Aniya.

David’s aspiration is to aid and inspire adults on their journey to a healthier lifestyle.  He looks forward to partnering with you on your journey. 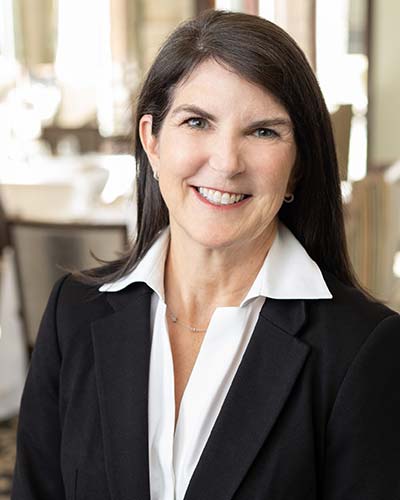 Jayne Ann serves as one of our friendly, caring, helpful and Member-centric Concierges.
jmilling@peachtreehillsplace.com 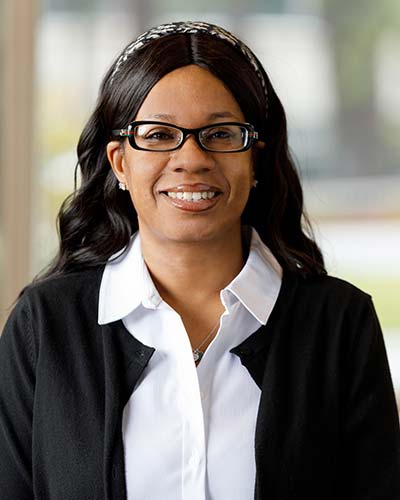 Stephanie serves as one of our friendly, caring, helpful and Member-centric Concierges.
Concierge@peachtreehillsplace.com 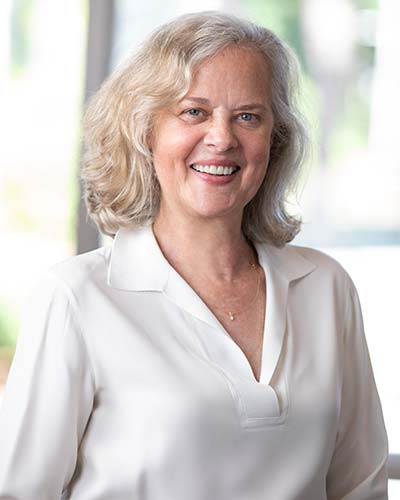 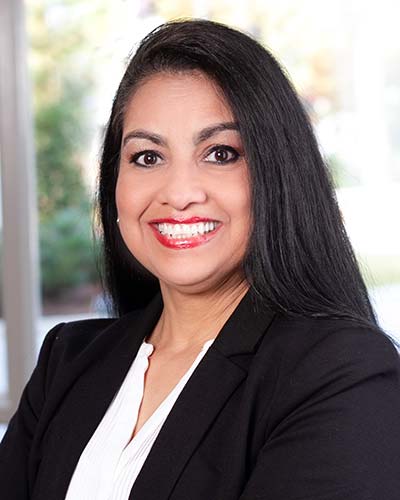 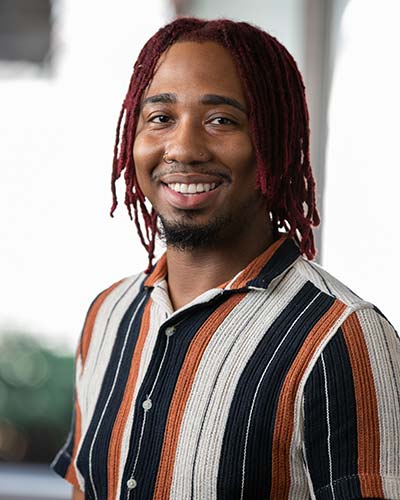 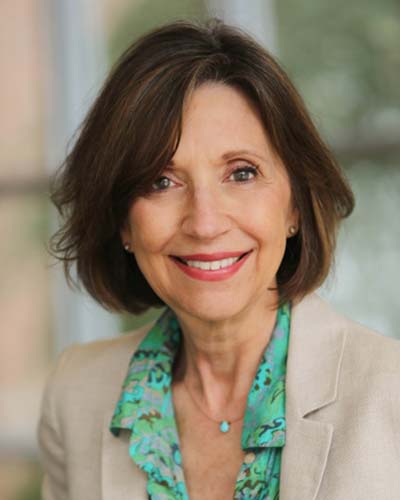 Members are invited to explore the beautiful surroundings and upscale features of Peachtree Hills Place when meeting with Charlotte. She contributes knowledge as an Atlanta native, and her past experience with the Bobby Dodd Institute and Fox Theatre have helped her create an engaging discovery process that shows Members what they can anticipate. Charlotte is eager to introduce you to Peachtree Hills Place: 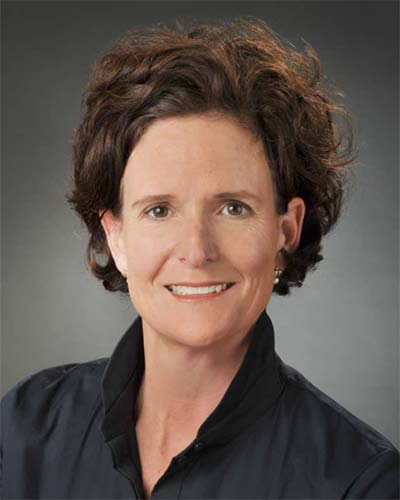 Making decisions at the Peachtree Hills Place Design Showroom is nearly effortless and so enjoyable with Selena's assistance. She walks Members through the downsizing process and oversees their move into the new residence, including arranging furnishings, unpacking and hanging pictures: 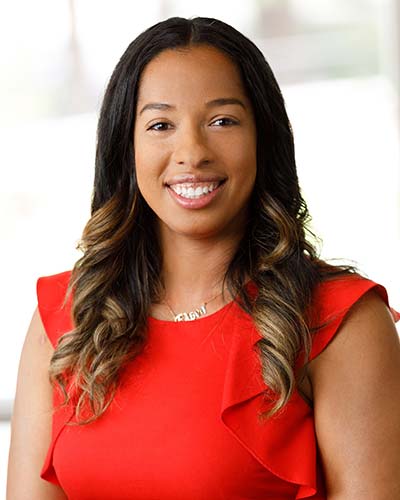 Dr. Eleni Footman is the Medical Director of Peachtree Hills Place and is part of the healthcare team at The Terraces and the Health and Wellness Center.  Dr. Footman comes to Peachtree Hills Place with various experiences in serving the needs of Members within a senior living community. Dr. Footman’s most recent experience was in the position of Outpatient Geriatrician at the Emory Clinic. Dr. Footman also served as the Medical Director in the Domiciliary House Call Program at Emory. Additionally, Dr. Footman has served as a preceptor for the Geriatric Fellows and she has given her time and talents by providing lectures, seminars, and workshops for the Emory medical students. Dr. Footman attended medical school at Georgetown University School of Medicine. She completed her residency in Internal Medicine at Inova Fairfax Hospital in Virginia. Thereafter, she completed her fellowship in Geriatric Medicine at New York Presbyterian University/Weill Cornell Medical Center. Dr. Footman is excited to be part of our team and collaborating to delivering service excellence in the healthcare needs and services for the Members at Peachtree Hills Place.
efootman@peachtreehillsplace.com 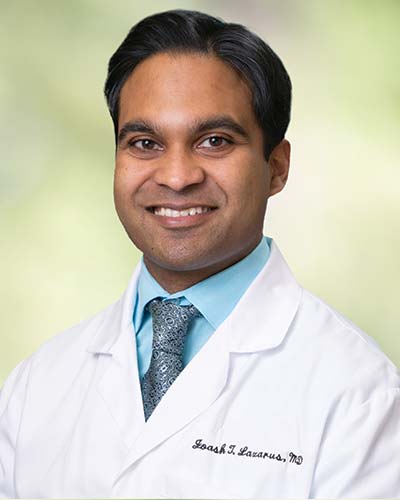 Dr. Joash Lazarus serves as the dedicated neurologist for Members of Isakson Living communities. Dr. Lazarus works closely with Dr. Footman and Dr. Kahn on neurological consults for Members in the Wellness Center/Clinic, Skilled Nursing Facility or long-term care. His clinical and research interests revolve around the evaluation and management of balance disorders, such as those seen in multiple sclerosis, Parkinson’s Disease, and other movement disorders and he has received the resident research award at Emory University. 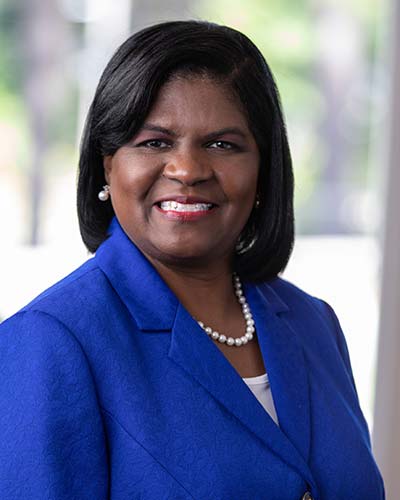 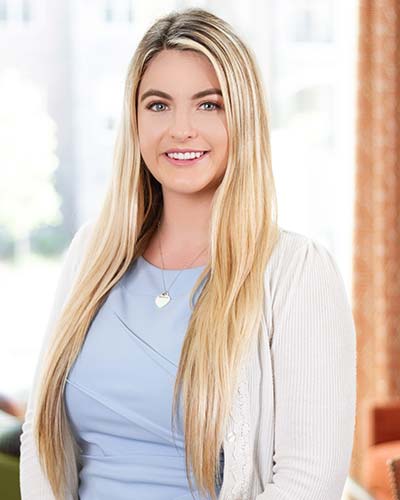 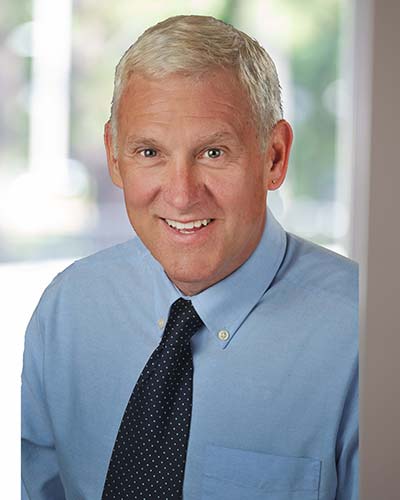 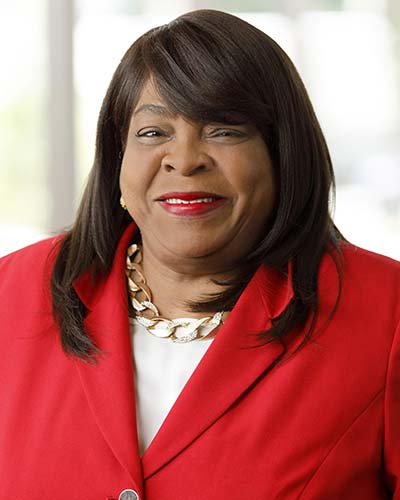 Shenna Scott Heyward is the Social Services Director at The Terraces. She comes to Peachtree Hills Place of 35 years of experience. Shenna’s most recent position was providing support and advocacy as the Social Service Director at Powder Springs Transitional Care and Rehabilitation which comprised of 208 bed facility. She enjoys assisting Members with their unique needs and providing community resources as needed. Shenna is delighted to be part of the healthcare team at The Terraces at Peachtree Hills Place.
sheyward@peachtreehillsplace.com 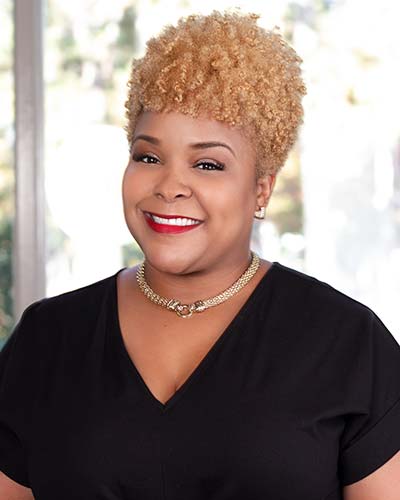 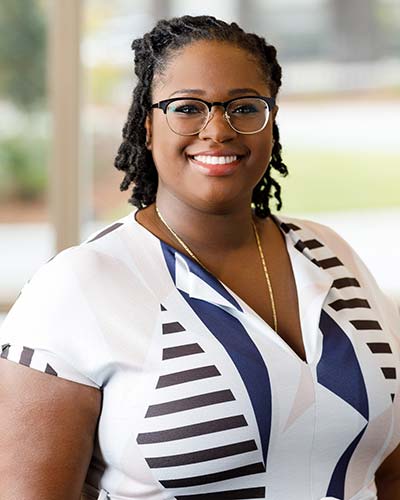 Nadine Pierre-Louis is the Certified Dietary Manager at the Terraces at Peachtree Hills Place. From a young age, she has been enamored by the geriatric population. Nadine started her career right out of high school when she attended and graduated from the University of Florida, earning her degree in Dietary Management. She understands that health and wellness through nutrition could potentially change the trajectory of one’s overall health. Approaching a decade of experience and knowledge through dietetics, she brings meal planning, nutrition consulting, and a diverse background in communication and customer service to the Terraces at Peachtree Hills Place. In her spare time, she enjoys spending time with her family, traveling, and more importantly, enjoying the delicious cuisines of the world.

Remarkable experiences often originate from a need close to someone’s heart. When it came time for the Isakson family to search for a community for their parents, Ed and Julia Isakson, they were faced with no available alternatives.

Rather than settling for what currently existed in the marketplace, the Isaksons saw an opportunity to help others who found themselves in the same situation. Their goal was to create tasteful living environments within amenity-rich communities, empowering seniors to continue living vibrant lives in warm and secure settings with wellness and care continuum access if required.

Leveraging their knowledge of real estate markets and residential housing, the Isakson Living team pursued a solution for a growing niche of the population who desired the same level of living they had achieved as professionals and community leaders.

Park Springs, in Stone Mountain, was the inaugural project, attracting more than 600 Members and recognized with multiple awards for design, lifestyle and resident satisfaction. Now, Peachtree Hills Place expands to offer an unprecedented model of carefree home ownership for those 55+, with concierge-level services rivaled in the finest clubs, along with engaging social activities to nurture camaraderie among Members.

The Isakson family and Isakson Living team encourage you to experience this unmatched way of life at Peachtree Hills Place.

Each detail has been meticulously crafted by an extraordinary team of professionals who possess a deep knowledge of what our Members desire and need to feel at home. They have assembled a dedicated Peachtree Hills Place Residency Team to serve Members by helping to create delightful experiences and warm memories. You are invited to step inside Peachtree Hills Place and contact one of our Residency Team members.

The future of the senior residential market will forever be impacted by Andy's leadership. Building upon his commercial real estate development experience, Andy opened the Park Springs senior living community in 2004. His insightful expertise helped navigate through the 2008 recession while continuing to deliver impeccable service. He continues to live out the Isakson family vision of serving needs to impact local and national communities.

Isakson Living has extended its reach throughout metro Atlanta to serve 55+ individuals as Kevin (nephew of Andy and son of U.S. Senator Johnny Isakson) acts upon his proven track record of success and experience to oversee the growth of the brand for those seeking distinctive retirement living.

Maricita is passionate about creating uniquely appealing and exquisite environments in partnership with the Isakson Living construction team. Member input is thoughtfully considered when creating the vision for the “look and feel” of Peachtree Hills Place and other Isakson Living communities.

Kathryn has been responsible for the administrative duties of Isakson Living for nearly 20 years. With a background in property management and residential real estate appraising, she understands the market and Members find peace in knowing their investment is proactively protected and valued.

Theresa Smith works closely with the Peachtree Hills Place Team, the contractors and the subcontractors, and she is involved with day-to-day construction activities on site. Theresa has been in the construction industry for nearly forty years, having started her construction career with The Flagler Company, a well-respected Atlanta-based firm that built several office buildings and shopping centers for Andy Isakson early in his career.

Members and their families benefit from Dave’s availability and wealth of knowledge from his long career as a financial resource officer. He ensures that the value of Peachtree Hills Place Membership is clearly communicated and understood.