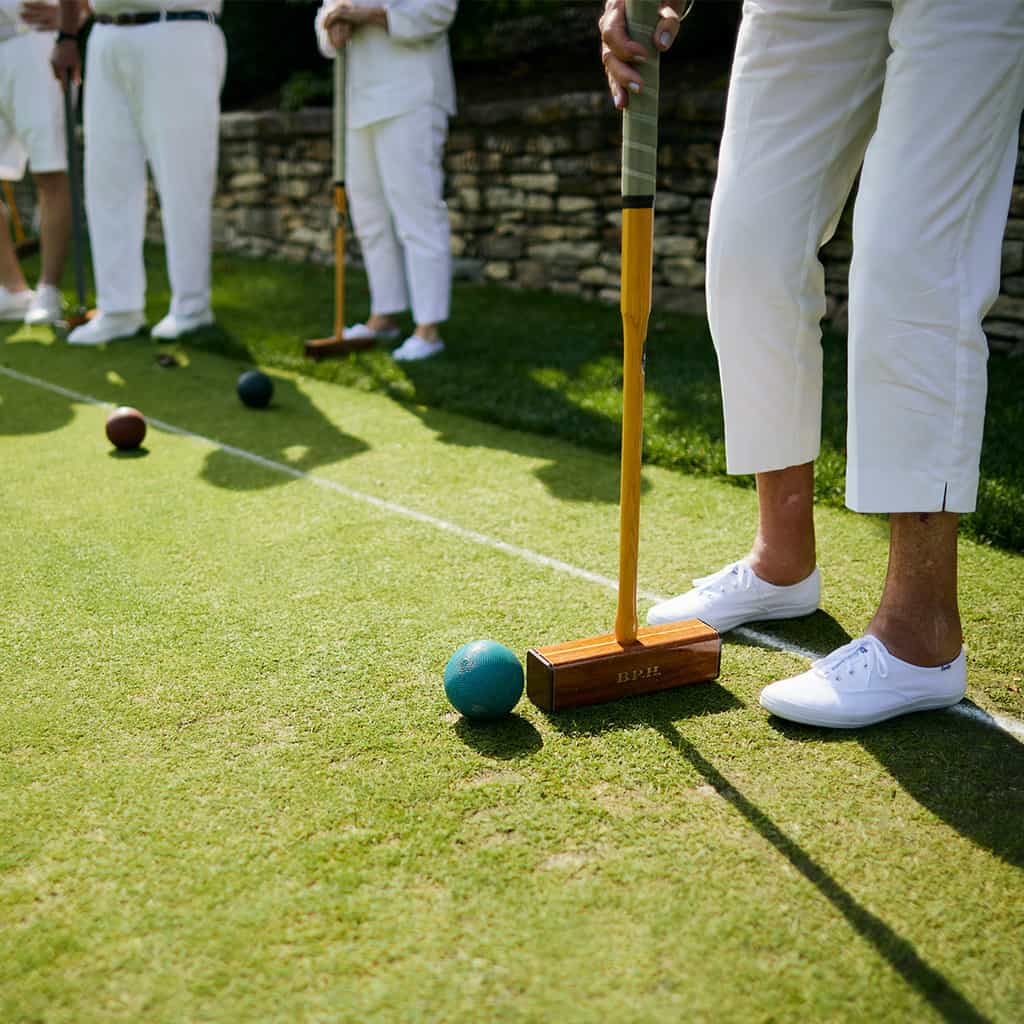 In order to play croquet, you must break it down to the basics…in other words, you’ll need equipment! This includes the wickets, mallets, the center peg and balls.

Wickets are the metal hoops that are strategically placed around the court. The object of the game is to get your ball through each wicket. In Golf Croquet, there are a total of six wickets. We have ordered our wickets from Jaques London, the oldest game and sports company in the world. The Jaques family is actually credited with inventing the game of croquet and introducing it to the world in 1851. Since then, they have been dedicated to crafting the highest quality croquet equipment.

Each player will use a mallet to strike their ball around the court. We have ordered our mallets from New Zealand-based George Wood Mallets. With expertise in craftsmanship, Wood Mallets specializes in creating croquet sets. Whether you’re an aspiring International croquet champion or a casual, social player, their mallets are made to look great and perform well.

Last, but certainly not least, you will need a set of balls. As we mentioned, croquet balls are typically blue, red, black and yellow. These are called first color solids. The other team will usually have striped balls in the same color. In place of the striped balls, we will be using second color solids; a trend that is up-and-coming. Our second color solids will be pink, green, brown, and white. While second colored balls are becoming increasingly popular in other countries around the world, Peachtree Hills Place will become a trendsetter in the U.S. Mr. Boger said it best when he told us to “think of the seasons to get the rotation: Green is Spring, Pink is Summer, Brown is Fall and White is Winter.” We cannot wait to share more about our decision to use second color solid balls at Peachtree Hills Place. We sourced our balls from Oakley Woods Croquet, a family-owned croquet equipment manufacturer from Ontario, Canada. The founders of Oakley Woods Croquet are all dedicated croquet players. Their first-hand knowledge of the game makes their equipment top-notch.

We are also excited to announce that Peachtree Hills Place is now part of the United States Croquet Association as official members! Visit their website to learn more about croquet, it’s rules and equipment, and more!

Now that you have your equipment, all you’ll need is your white uniform and new neighbors to join you on the court! We can’t wait to see you all there!