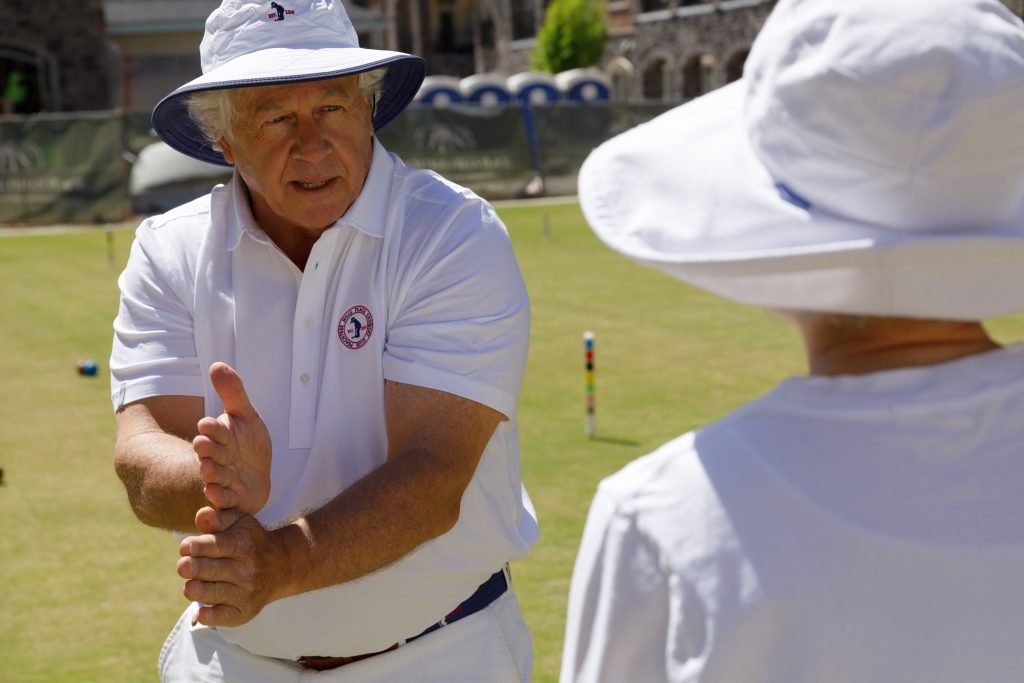 We were honored to host a week of croquet clinics this month, featuring United States Croquet Association President Damon Bidencope!

In an effort to spread his love of the game, Mr. Bidencope taught our Members about techniques, rules of gameplay and more during his week at Peachtree Hills Place. We were able to sit down with Mr. Bidencope and learn a little bit more about how he became involved in croquet. His story is one you don’t want to miss:

Mr. Bidencope has played croquet since 1978. An Australian native, he fell in love with the game in college. During finals (when he and his friends should have been studying) they would raid the wine cellar and play games of croquet while waiting on dinner. Bidencope was a rugby and cricket player by sport, and shocked himself when he actually began to enjoy playing croquet.

Not long after he first discovered the sport, he began to take it seriously. He took a year off of university to work as a greenskeeper for a croquet club in Australia, spending the time learning the intricate ins and outs of the game. By 1986, he had made it onto the Australian croquet team. He was able to travel all over Europe, playing in high-ranking tournaments, attending parties with the best players in the world, and bringing home accolades of all sorts.

Damon Bidencope quickly became a household name in the croquet world. He was asked to help bring croquet to the U.S. and did so by organizing the first world tournament in Napa, California. After all, what attracts people more than wine and wickets? It wasn’t long before he began organizing and playing in games across the country.

To this day, Bidencope plays with the best of the best and has dedicated his time to expanding the love of the game. He was elected as the president of the United States Croquet Association and has used that title to help run croquet schools all across the country. He believes that by making croquet more accessible (by bringing instructors to individual clubs like Peachtree Hills Place), more people will be apt to play! 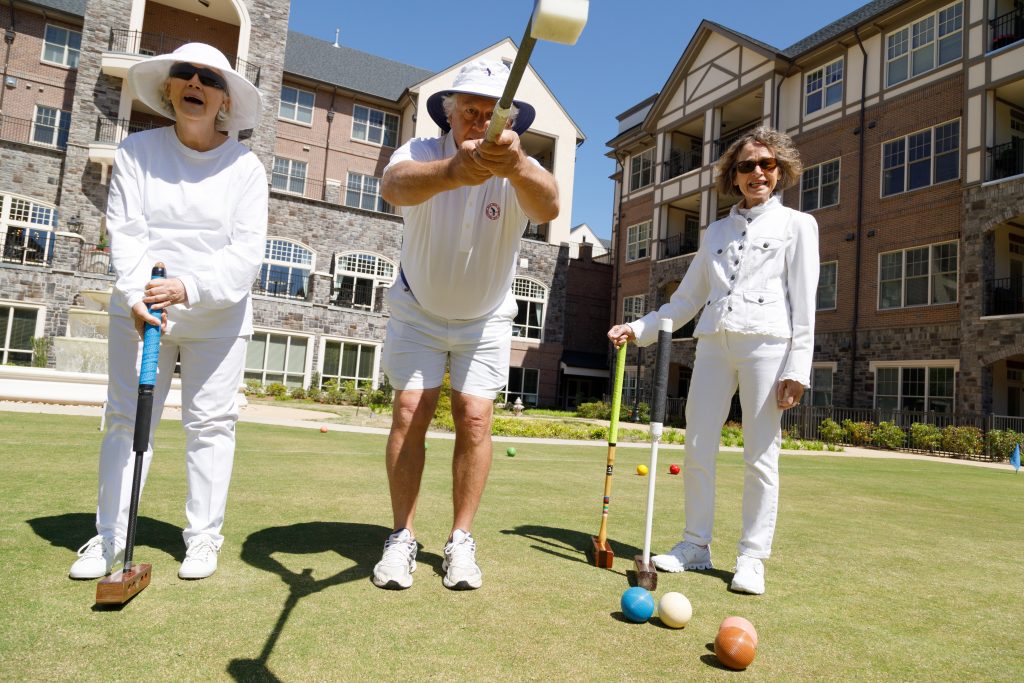 He very much enjoyed his time teaching in our community. When asked about our gorgeous croquet lawns, he had nothing but glowing reviews. He admitted that when the Isaksons first brought the plans to him, he was a bit nervous that it wouldn’t be done well. He even went on Google Earth to measure how the sun angles would impact grass growth! But the lush courts function very well in his opinion! They are firm underfoot, and he believes that with the right upkeep, they will undoubtedly stand the test of time.

We learned a lot from Mr. Bidencope! We can’t wait to see how the Peachtree Hills Place Croquet Club continues to grow and we hope for many more visits from experts like him!