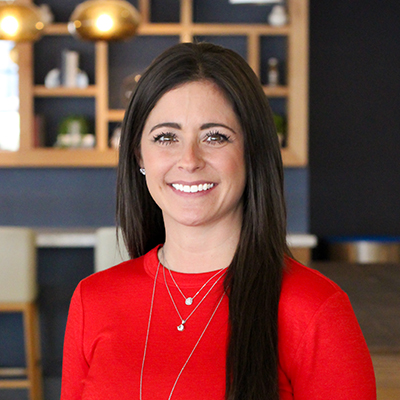 We are thrilled to introduce you to Amanda Dumich who will be joining Peachtree Hills Place in May 2019 as our Director of Culinary Services.

In her role, Amanda brings more than 15 years of management and operations experience in the food and beverage industry. She first discovered her niche for the industry working a part-time restaurant position while attending college for her Communications degree.  She quickly moved into the catering division assisting with offsite private events. After graduation, Amanda transitioned to a catering company in Buckhead and began working in their operations department. At that same time, she accepted a position in Peachtree Hills at Paul’s, a fine dining restaurant formerly owned and operated by Chef Paul Albrecht. While at Paul’s, Amanda began working several different positions and moved into management quickly, as well as event planning and overseeing the wine program. For 10 years, Amanda oversaw the operation until its close in December of 2015. From there, Amanda began working as a Catering Sales Manager at the Georgia World Congress Center Authority, the third largest convention center in the nation. A few months into the position, she was presented with an opportunity to oversee the Restaurant Services Department where her scope of work included the public foods operation, in its entirety. As the Director of Restaurant Services, Amanda has had the opportunity to play a role in such events as Microsoft, large trade show and medical conventions, and most recently noted, the Super Bowl.

Amanda is looking forward to coming full circle and returning to the Peachtree Hills Community and being part of the Peachtree Hills Place Family. Her expectations operating fine dining for years has prepared her for this role, and she shares an understanding of the standards that will be expected at Peachtree Hills Place. She will also return as a familiar face to those members who dined at Paul’s in years past. Amanda’s passion for the food and beverage industry, along with her dedication and work ethic will reconfirm she is a perfect addition.

Amanda currently resides in Buckhead. She enjoys running, spending time with her three nephews under the age of 7, and dining at all of the amazing restaurants in Atlanta.

Join me in expressing a warm welcome to Amanda.

A Note From Peachtree Hills Place

At Peachtree Hills Place we place top priority on the health, welfare, and safety of our Members, Guests and Associates. We are following recommendations from the CDC with the guidance of our Medical Director, Dr. Footman. We have shared information with our Members and Teammates on best practices for health and hygiene, and we are encouraging our guests and visitors to follow suite. We are keeping abreast of this fluid situation and updates will be posted as needed.